A cold, white as a snow surface of the stone is covered with strings of dark speckles. On one side it is decorated with a pattern of black streaks, on the other side it has a golden spot, which is like a reflection of the rays, and the third side has a pattern close to the bird’s plumage. «That will be an owl!» – concludes the master and starts to work on it.

Few hours later, right in the hands of the master one from a piece of a modest and inconspicuous anhydrite stone a realistic and almost alive bird appears.

It’s hard to imagine that a day ago it was a simple and insignificant stone. Now it’s almost soft from the appearance, fluffy and warm! Sometimes it seams that if you touch it, your fingers will fell through its soft feathers. The back of the stone owl is covered with a darker pattern, the breast has a lighter colour and almost white in some parts, and her wings have an intricate pattern of a real bird. How could the nature colour this anhydrite so well? Most over it’s not possible to find two similar stones! The master takes another piece of anhydrite in his hands, the new stone has a different pattern, of a beast fur, shining and shimmering on the sun. This would be completely different masterpiece.

Milk-ash anhydrite, sunny-orange selenite, greenish-black talkohlorit (soapstone), honey-coffee calcite all of them have a mystery inside. In each of them there is an animal or a bird captured and only a real artist can set them free. As Michelangelo spoke of his sculpture art: “I simply take a stone and cut away all the unnecessary parts.” Sometimes artists of the group find absolutely extraordinary things in the stone, then the fishes with glittering scales arise, or some other fantastic creatures, as well as insects, octopus or even chameleon find there way out… There are no boundaries for the fantasy of our masters as well as no limits to the variety of stones.

Within the thousands of years that each of the stone goes through before it arrives in our studio, each piece receives its individual and outstanding pattern. Therefore, even each replicated and copied product has its genuine uniqueness. Not mentioning the exclusive pieces.

The work on the creation of a masterpiece can sometimes last for months. That means, that the creator fully involves into it, giving all his forces, creativity, ingenuity, technical knowledge and the hardness of his hands. Those familiar with Russian folklore know Danila-master from Bazhov fairy-tale and how carefully and diligently he was working on his stone flower.

Of course, to produce a good quality masterpiece it’s important that the artist have all the necessary equipment close at hand. We have all the required and modern equipment for stone processing in the workshop of ArtSky. Special knives, chisels, mallets, various polishing machines – all this stock help us to realize the most daring ideas into life. Using modern technology we continue to make experiments in the stone-processing field, using techniques that were not available to the masters of the past.

The creation of the sculpture includes several stages. And there is no room for the master’s error. One awkward movement and a masterpiece can be lost forever.

Of course the mastery of the technique and the use of good equipment is important, though first of all lapidary has to be a real artist. Our specialists get inspiration from the fantastic nature of the Perm region. For example, Anatoly Ovchinnikov previously was a big fan of hunting and learned a lot from observing the habits of animals. That’s why his stone chanterelles, martens, racoons look so realistic, with a grace of movement. The artists admit that sometimes they get the ideas for their creations in dreams. Most over, they claim that one need to feel the stone, to become friends with it and only then it will reveal its secret to the creator. 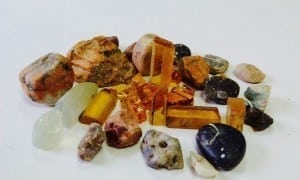 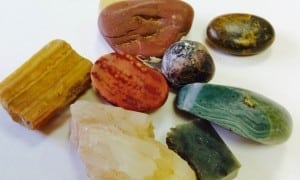 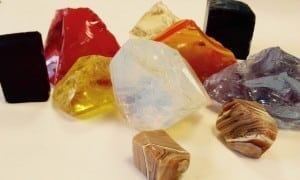